Everyone might have heard about the painted doors back in Funchal, Madeira which is a part of Portugal. This place is famous for their uniquely painted doors, 3D art on doors and what not. This place is like a mecca for custom made doors with unique design one can observe as they pass on the streets. If you love the idea of having a fancy door for you own house, but can’t afford the elaborate styles shown below then you might be interested in checking out something like this Door Hardware and Furniture, to give your house a little extra something. Based on that, we present you our top 10 doors which we found it excellent across the globe.

This door made of 40 Burma Teak sections is designed and made by Matharoo Associates. This unique door makes you think of a wooden curtain and catches an eye of every visitor walking through it. Off all the 40 sections mentioned, each one has a hidden counterweight of 160 pulleys and 80 bearings. Its decorative shape and elegant look when opened makes it unique and number 1 on our list.

With being one of the most popular tourist places around the globe, this door catches the eyes of around 15 million people around the world. Many eyes have been rolled down seeing this door which is more than 800 years old. The intricately carved portal around the door is the reason it’s been called portal of the last judgment. This is one of the unique doors found in the world when it comes to old architecture and design.

The Imperial Gate is a part of the Topkapi Palace situated in Istanbul, Turkey located in the south wing of the palace. Made in 1478 this palace, the gate was restructured and covered with 19th-century marble presently. This gate is said to be used only by Sultan himself to enter the palace.

There is inscription found written on the gate which read verses of Quran which means “By the Grace of God, and by His approval, the foundations of this auspicious castle were laid, and its parts were solidly joined together to strengthen peace and tranquility… May God make eternal his empire, and exalt his residence above the most lucid stars of the firmament.”

Today this palace stands as one of the UNESCO world heritage sites.

Known as the Number 10 situated in Downing Street in the city of Westminster, London, is the headquarters of Government of UK, this place contains 100 rooms approximately and is 300 years old. The door was designed back in 1766 but was not installed until 1772.
However, after the IRA attack, the original door has been shifted to the Churchill Museum at the Cabinet War Rooms. The present door at the place is made of reinforced steel and it took 8 men to fit that.

5. Brass Doors to the Royal Palace in Fez, Morocco

Tourists can see only brass doors and cannot enter palace as it is restricted. Presently also whenever the king of Morocco visits Fez, he stays in the palace. Every travel book of Morocco has a mention about this place.
It has stunning gardens, mosques, beautifully painted ceilings, and an ancient school for Quranic studies, or Madrasa, dating back to the 14th century. Maybe one day they’ll open it to the public.

This door also, known as the “The Great West Door”, it is surrounded by magnificent arch, beautified with tracery work representing the history of Adam and Eve; and on each side of it is a statue representing Robert de Percy holding a piece of wrought timber, and Robert de Vavasour a bit of rough stone, the materials contributed by these noblemen to the building of the Cathedral; while over the top is the figure of Archbishop de Melton in his canonical robes.

Columbus Doors or Roger Doors as named from the artist Randolph Rogers who made this doors are a pair of massive bronze doors. Behind the doors is Rotunda which depicts the life events of Christopher Columbus. It weighs approx.10 tons, and it’s been recently preserved in 1988.

8. The Holy Door of the Great Pardon – Italy

The name of the as suggests is one of the holiest doors in the world of Catholic. It is made open to general public for once in every 25 years. This holy door depicts the Jesus, the Good Shepherd and the gate of the sheep pen. Last time it was opened was back in the year 2000 by Pope John Paul II. Next time when it will be opened again is in December 2025.

9. The Imperial Door of the Hagia Sophia, Istanbul

Hagia Sophia, a museum situated in the capital of Turkey, Istanbul, was once a church which was converted to a mosque by the conqueror of that time and then later converted into a museum and now is open to general people for visit. The Imperial Gate mentioned was the main entrance which was exclusively reserved for the Emperor of that time located between the Exo and Exonarthex. There is the Byzantine Mosaic drawn depicting the Christ and an unnamed emperor located above the portal.

A Church was converted into a mosque on the orders given by Sultan Mehmet, the conqueror of that time back in May 1453.

Everyone might have heard about the famous Dublin’s Georgian doors and its colour variants. In Dublin, you can find doors of the houses with different colours while passing through the streets. But it has a story in itself. You won’t just see the actual doors, but also as postcards, posters, t-shirt prints, fridge magnets, and souvenirs.

At Emerald Doors, a customer can order any custom made door according to their need. Emerald Doors has proudly sold thousands of doors till now with excellent customer feedback. They are expert in delivering internal doors and Exterior doors in UK. With the lowest possible price offered in the UK market, Emerald Doors doesn’t believe in the sacrifice of quality. They are experts in delivering products to a network of homeowners, self-build/renovation specialists, builders, developers, architects and designers throughout the UK.

10 Amazing Doors Around the World was last modified: April 29th, 2019 by Lucy 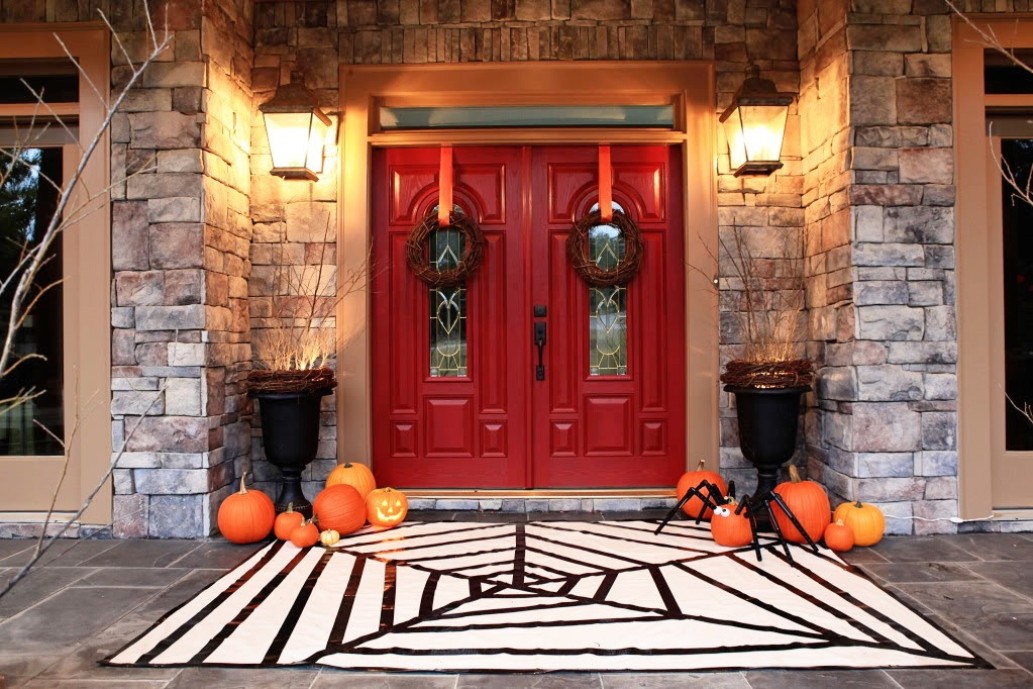